Data from the 2006 Family Income and Expenditure Survey (FIES) indicate that poverty and high income inequalities remain an urgent concern that the Arroyo administration needs to address.

Further, using government’s own family living wage, poverty actually increased between 2003 and 2006. Comparing the 2006 FIES to average annual living wages (for a family of six) showed that poverty increased from 82% in 2003 to around 86% in 2006.

IBON executive editor Rosario Bella Guzman said that the figures underscored the problem of an inequitable economy that favors a few while neglecting the welfare of millions of Filipinos.

In fact, the combined wealth of the 40 richest Filipinos according to Forbes Asia is US$17 billion (P773.5 billion at P45.5:$1), which is equal to the total incomes of nearly 60% of Filipino families or almost 52 million Filipinos.

The problem of poverty and inequality, Guzman said, is certain to linger especially in the absence of genuine reform policies that would result in a just redistribution of productive resources in the country. 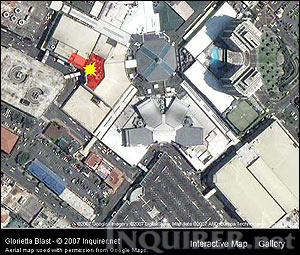 BLAST FATALITY. A high school graduation photo of Jee Ann de Gracia, one of the fatalities in the Glorietta 2 explosion on Friday, is placed on her coffin at Rizal Funeral Homes in Pasay City. INQUIRER/EDWIN BACASMAS

Dear friends, An appeal to the Senate to reject the Japan-Philippines Economic Partnership Agreement (JPEPA)

Please help circulate widely, and send your signatures to no.unequal.deals@gmail.com before Nov. 3. The Philippine Senate returns from recess on Nov. 5.

We, the undersigned individuals and organizations call on our Senators to uphold national interest and reject the Japan-Philippines Economic Partnership Agreement or JPEPA.

After several public hearings in the Senate, we have yet to see credible studies to back up the fantastic claims of the Arroyo administration that the JPEPA will result in economic prosperity for the Filipino people. Rather than economic growth, the agreement is poised to further damage the already crisis-ridden Philippine economy.

We believe that the agreement is grossly lopsided in favor of Japan. The provisions of JPEPA will further reinforce the historically unequal economic relations between the two countries. For example, while removing tariffs for all but two Philippine products (salt and rice), Japan will continue to protect 239 of its own products.

Japan will also gain unhampered access to our nation’s wealth, including our human resources, at the expense of the Filipino people.

The JPEPA will not industrialize the Philippine economy because provisions in the agreement limit or do not require technology transfer, local content in products as well as the hiring of Filipinos. On the other hand, special privileges will be given to Japanese investors to the extent of undermining whatever little is left of the country’s sovereignty and patrimony. This includes requiring the Philippine government to virtually insure Japanese firms from any damages that may result from civil unrest.

The JPEPA accords Japan a Most Favored Nation status and gives National Treatment to Japanese investors. Such provisions set a dangerous precedent for bilateral trade agreements with other countries. Surely, other countries would seek the same treatment as Japan, thereby further exposing the Philippine economy to plunder by other foreign powers.

The JPEPA is tantamount to a second “Japanese Invasion” of the Philippines, this time in the sphere of economics. For our own survival, we say “No deal!” with the Japanese government.

The Department of Agriculture (DA) is trying to gain public support for the ratification of the Japan-Philippines Economic Partnership Agreement (JPEPA) by flaunting that the free-trade pact will secure some US$353 million (P15.6 billion) worth of existing agricultural and fishery exports to Japan . But the benefits, if indeed there will be any, will be cornered by corporate agri-businesses and local rural elites, according to independent think-tank IBON Foundation.

IBON research head Sonny Africa pointed out that food exports are actually only a small and diminishing share of total Philippine exports to Japan , accounting for just 7.4% of total exports from 2001 to 2006. But even if agricultural exports would be boosted by the JPEPA, grassroots farmers and farm workers are in practice unlikely to benefit.

Because of backward production methods, most local farms are not in a position to access the Japanese market, since their produce may be unable to meet strict Japanese phystosanitary and other quality standards. Freshness is also an issue given the lack of transport, storage and marketing infrastructure to bring the fruits to Japanese consumers.

Africa said that small farmers and farm workers may even be worse off as the agri-business intensify their use of contract growing and farm lease arrangements to improve their profits. The oppressiveness of such arrangements is well known, he said, as the contract growers bear all the risk of cultivation.

Moreover, small fisherfolk are also likely to be the worst hit of JPEPA as the free-trade pact allows Japan ‘s factory ships and fishing vessels access to the Philippines ‘ exclusive economic zone. A single Japanese factory ship could harvest as much as 50,000 metric tons of tuna a year.

In the end, Africa said, the greatest benefit from increased agricultural exports will go to big agri-business transnational corporations (TNCs) and their big local corporate growers. These corporations have vertically integrated operations spanning the growing of the products in plantations, specialized packaging and storage, transportation, shipping and distribution which would allow them to take advantage of export markets. They also have control of the associated capital and industries.

Africa said that if the Senate would ratify the JPEPA despite the groundswell of protest against the trade pact, it would be responsible for further opening the country’s agricultural and marine resources to exploitation by Japanese and other transnational corporations, and sacrificing the welfare of the country’s small farmers and fisherfolk

MANILA, Philippines — Abducted Filipino worker Albert Bacani Sr. was released Wednesday by his Nigerian abductors, 13 days after he was kidnapped on September 27, the Department of Foreign Affairs said.

In a text message, DFA spokesman Claro Cristobal said Bacani and his Colombian co-worker were recovered by Nigerian authorities on a bridge in Port Harcourt around 5 a.m. Wednesday, Manila time (or 10 p.m., October 9 in Nigeria).

“They are in good condition and are now in the custody of their Saipem employers and undergoing full medical evaluation,” Cristobal said.

The secretary also ordered that the good news be conveyed to Bacani’s family.

Bacani is an electrician working for a construction yard of Saipem, an Italian petrochemical firm.

During the September 27 attack, one Colombian was slain. Nigerian authorities led the negotiations with the still unidentified abductors.

Originally posted at 10:38am 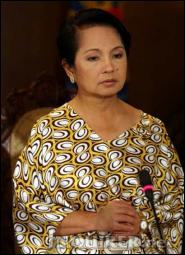